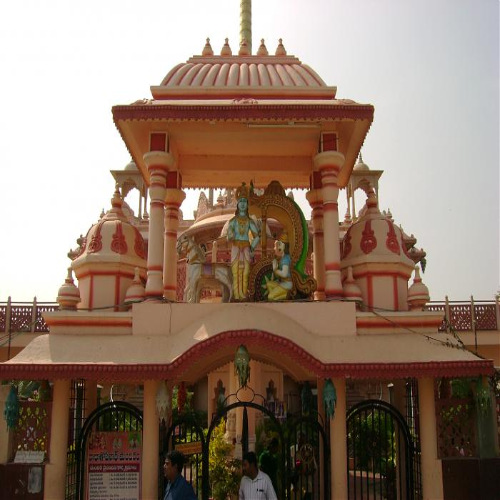 As per the Legend, Lord Indra Killed the demon Kartaba with the weapon (Vajrayudha) made out of Sage Dadichi’s spinal cord. In revenge for his father’s death, demons Pippala and Aswatha conducted a war. Sage Agasthya and others approached Saneswara for the defence. Sages offered their divine power to Shani Bhagawan. The battle between the demons and Shani went for a year and killed them at the end. Saneswara Bhagavan installed and worshipped Lord Siva to get rid of Brahma Hatya dosha.
It was mentioned in the Markandeya Purana that whoever performs Thailabhishekam for Siva at this temple will be relieved from Shani Dosha. Devotees used to perform Poojas for Nageswara Lingam to get rid of Naga Dosha. This Linga was installed and worshipped by the Serpent Karkotaka. Brahmeswara Lingam was installed by Lord Brahma. Sage Gouthama installed Venugopala Swamy as the Kshetra Palaka.
Shani Trayodasi, Masa Sivaratri and Maha Sivaratri will be celebrated in a grand. Devotees used to perform Abhishekam for Lord Siva with gingelly oil. Shani Trayodasi occurs twice in four months.