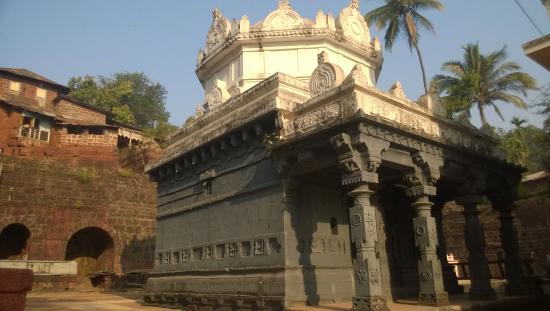 After Mahabharat, there are practically no occasions to come across Parashurama. The great warrior is variously mentioned to be living on the Mahendra mountain, the Sahyagiri and the Shurparak Nagar. The story goes that the region west of the Sahyadris was under the regime of Sea and he was most unwilling to allow any intruder to set his foot on his kingdom. In the best traditions of the warrior monarchs, he challenged Parashurama, who not the least deterred from his opposition immediately drew his bow and arrows. Not more than half a dozen deliveries from the deadly weapon were enough to convince the sea that resistance was hopeless and he agreed to permit Parashurama and his followers to settle in his territory. The sea accordingly receded several miles and land became inhabitable, though it must be said by no means hospitable.
As per the legends, that he retired from the active life of the northern plains and withdrew to the western coast to encourage and help the habitation of, presumably the Aryan tribes along that region. In Malabar, even a ‘Shaka’ known after Parashurama is still in use. The most important shrine dedicated to him is at Pedhe near Chiplun in the Ratnagiri district.