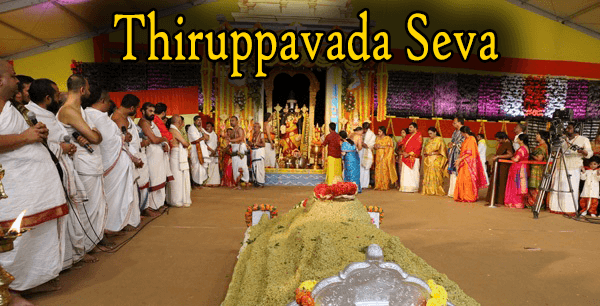 Every Thursday, after the morning pooja, the Mula Virat is divested of all ornaments, flowers etc. The deity will be draped only in Dhoti and Uttareeyam. The Thirunaman Kaappu and Kasturi on the forehead of the main deity are also reduced in size. This results in the unique posture of Lord where one can witness the peculiar Netra Darshan (where the divine eyes of the Lord can be seen) of the main deity. During other days the wide Namam with which the Lord’s forehead is adorned, covers almost half of his eyes. But on Thursday morning we can have the full view of the benign eyes of the main deity.

On Thursdays Thiruppavada Seva is performed as arjitha Seva in the Mantapam in front of the Bangaru Vakili and Annakutotsavam (where heaps of tamarind rice is poured) is performed.

A large rectangular tub – like golden vessel is placed in the Mantapam and a huge quantity of “Pulihora”-tamarind rice, along with other sweet preparations such as payasam, laddu, jilebi, thenthola, appam etc and other delicacies are deposited thereon with coconuts, flowers, sandal paste, kumkum, deepam and is placed in that trapezoid receptacle to be offered as naivedya to the Lord.

Amid Chanting of Mantras, the previous wide Naamam is peeled off and a thin Naamam is adorned on the forehead of Mula Virat just to cover the space between His eyebrows. When this happens, it is believed that the Lord’s first gaze after “opening” His Eyes (because they were covered by the Naamam earlier) should not fall on mortals, because it has huge power that could not be withstand by humans. Instead, it is made to fall on the mound of “Pulihora” directly in front of Him, thereby sanctifying it and reducing the intensity of His Gaze. The “Pulihora” therefore acts like a Veil (“Paavada” in Telugu/Tamil) protecting devotees from His Powerful Gaze. 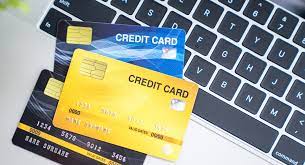 5 Tips to Select the Best Credit Card to Rebuild Credit

What Is Application Integration?

What You Need to Think About Before Starting a Business