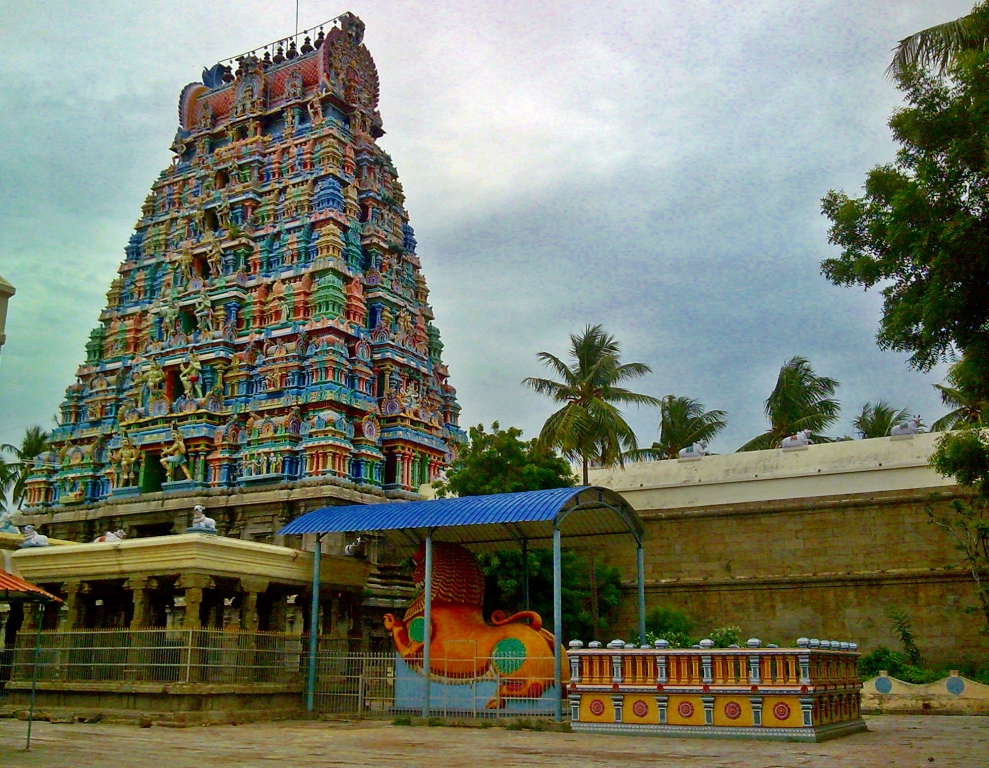 As per the folklore, Lingodbhava is attached with this temple. Lord Siva once emerged as a cosmic pillar and challenged Lord Vishnu and Lord Brahma to find the begin and the end. Lord Vishnu in the form of a boar dug deep into the Earth and told Siva that he could not make it. Lord Brahma in the form a swan and set out to reach the top. Brahma with the support of Mogili Flower and Cow told Siva that he had reached the top. Angered by the false claim, Lord Siva cursed Brahma that there will not be any idols for him in the Earth.
To get rid of this sin, Brahma took the birth as Brahmin and called by Siva Sharma, took the responsibilities after his father’s death.
Siva Sharma offered prayers for Swarna Ganapathi who then approached Lord Siva to perform Abhishek. As he was small, he was not able to touch the head portion of Siva Linga. Lord Siva bent down to help Siva Sharma in performing Abhishek. Hence the deity in this temple is found siding.  Lord Siva is called by Marga Bandhu Eswar which means “One who guide us in the right way”.