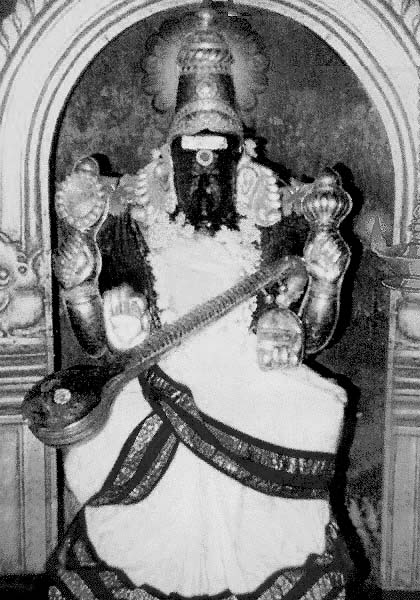 This holy place was associated with the convergence of River Ganga, Yamuna and Saraswati.

As per the folklore, Ganga was separated from Lord Siva to facilitate Lord Siva marriage with Goddess Parvathi. Ganga reached Lord Siva here in this place.

As per the Legend, Brahma and Saraswati had a dispute and took birth in the Earth. They realized their birth secret and prayed Lord Siva for the solution. Lord Siva made Saraswati as part of the Ganga River and brought her to Koothanur as Arasalar River.

It is believed that the Yamuna was relieved from the curse on worshipping Lord Siva here.

Offerings to the deity