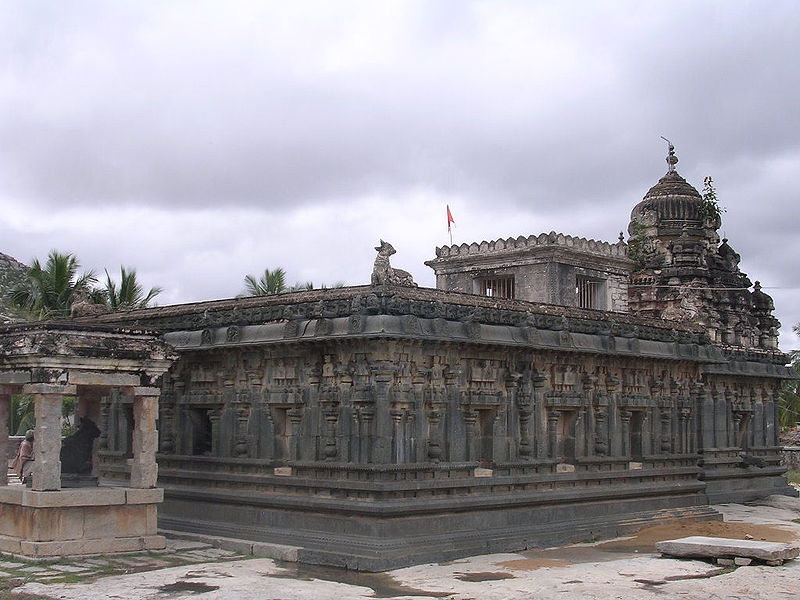 Kurudumale was derived from Tamil Word “Koodu Malai” which means ‘meeting hill’.  It is believed that gods chose this place for their recreation. From the legend, it is believed that Lord Siva, Vishnu and Brahma installed and offered prayers to the deity Ganapathi. Hence the place got the name Kudumale.  It is said that Lord Rama offered prayers at this temple while he was searching for Sita. It is also said that Pandavas offered prayers here before the final battle.
The main deity was carved on a single rock which is of 13.5 ft height. This Salagrama Sila stands on a pedestal of 3 feet. It is said that this Idol grows year by year. From the inscriptions, it is known that this temple was built during the reign of Vijayanagara dynasty. There are inscriptions which date to 13th Century of the Hoysala king Veera III. Temple tank is located on the North-East corner to the temple. Inscriptions on the temple walls were written in Tamil.