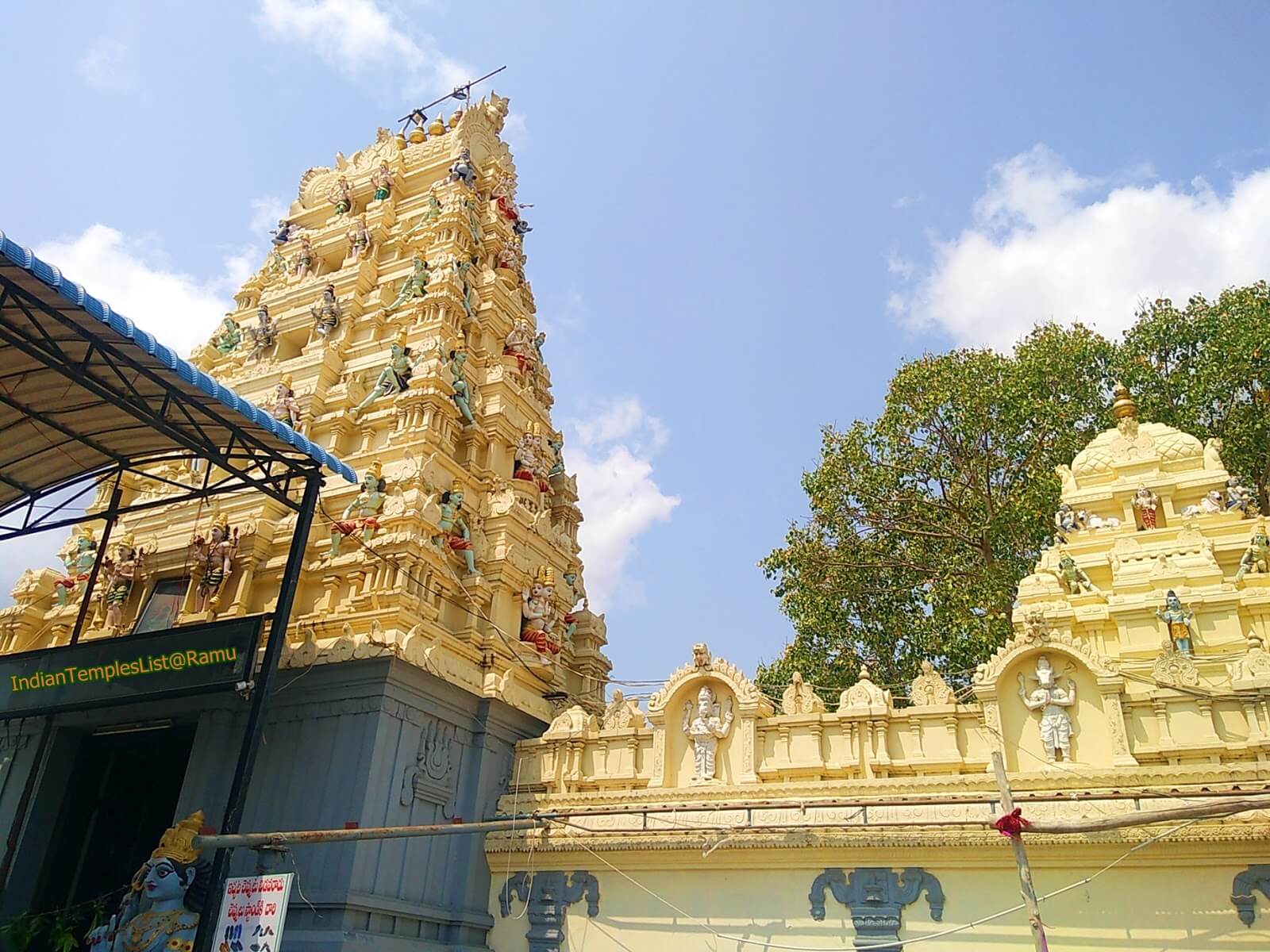 As per the Legend, It happened that Sage Bharadwaja reached this place as part of his spiritual journey. He made Sankalp in performing Yajna at this place for which he had invited other Sages. The Yajna went in a grand and at the end of the Yajna, they have noticed that a Crow started eating “Havissu” which was meant for Yajna Karthas. Sage Bharadwaja was disappointed and tried to stop the Crow from eating. The Crow then replied that he was called by Kakasura who got the boon from Lord Brahma to have Havissu. He then said that he was cursed by a Sage, so only he attained Crow form. Crow then asked Sage to perform Abhishek with water from Holy rivers and Panchamrutha so that it will be relieved from the curse and Sage will be double benefited. As requested, Sage then performed Abhishek which restored the actual form for the demon and also performed Abhishek for Lord Siva with Jasmine flowers. Hence, the deity called by Mallikarjuna Swamy.

The Temple is just 26 km away from Vijayawada city. Sri Malleswara Swamy Temple was first installed by Sri Adi Shankaracharyaand was later renovated by Sri Krishnadevaraya. The Temple is famous among the devotees for Rahu Ketu pujas.

Pedakakani temple is very famous for Rahu Ketu pooja. The puja is performed every day during rahukalam period.

The temple is having a Well on the eastern side and it is popularly known as Yagnala Bavi. The belief is that Bharadhwaja brought water from all the Holy Rivers and poured them into this well. Even today people believe that a glass of water from this well will cure all diseases and keep people hale and healthy. The people also believe that “KORINA KORKELU THEERCHE DEVUDU – KAKANI DEVUDU”. It was also learnt that the Emperor Sri Krishna Devaraya got a Son by praying the GOD Sri Malleswara. Thus all of the people got the belief that the GOD will present SANTHANAM. So many devotees and pilgrims are performing Marriages in this temple with great Devotional belief.

The Temple is open for pilgrims from