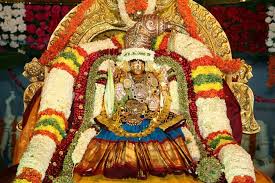 There are many more legends about the Venkatachala Hill and Lord Ven kateswara in the Varaha and Bhavishyottara Puranas. The meritorious benefits acquired by a pilgrimage to Venkatachala are mention in the Puranas and Sri Venkateswara is described as the great giver of boons.

All the great dynasties of the southern peninsula had paid their tribute to this ancient shrine. The Pailavas of Kancheepuram (9th century A.D,), Cholas, Pandyas and the kings, chiefs of \/iiayanagar (14th – 15th Century) were ardent ‘devotees of Lord \/enkateswara and they vied with each other in endowing the temple with rich offerings and benefactions, lt was during the Viayanagar  period the glory of  Tirumala reached its pinnacle. The statues of Sri Krishna Devaraya, the illustrious king ofthe Vijayanagara empire and his consorts were installed in the temple at the portals, in his own life-time and they can be seen even today. There are also statues of Achyuta Raya and Venltatapati Raya, Sri Krishna Deva Raya visited the sacred shrine seven times with his consorts during his reign.