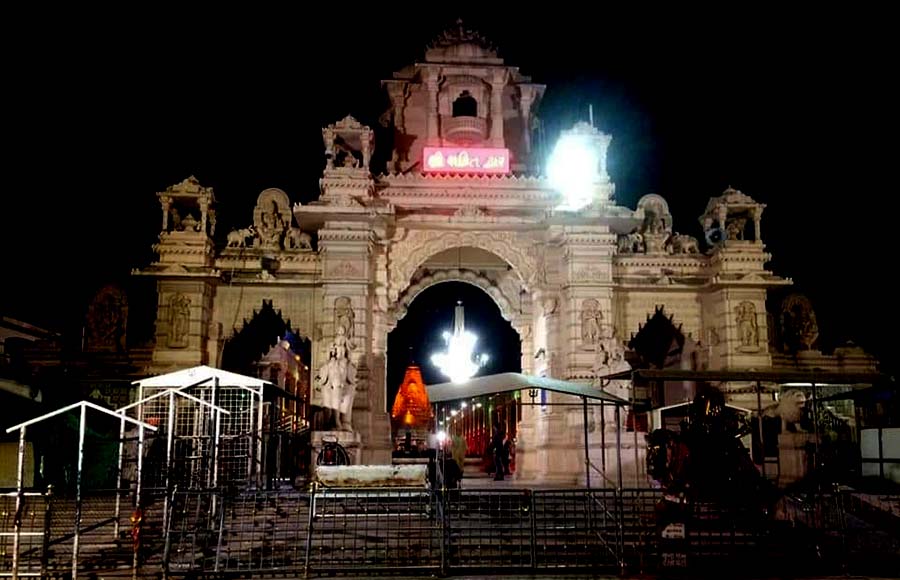 Ambaji Temple History, Timings, Route info.
As per the Legend, Sati Devi daughter of Daksh Prajapati married Lord Siva against her father’s will. Daksh thought of taking revenge on this Son-in-law and decided to perform Yagna by inviting all Devas except His daughter and Son-in-law. Sati Devi on knowing this reached her maternal home advising her father. Daksh insulted Sati in front of the guests. Sati immolated herself in the Yoga Agni. On knowing this, Lord Siva raised high and ordered Veerabhadra to kill Daksh. Veerabhadra along with Kali and other Siva Ganas reached the Yagna place and killed Daksha.
Lord Siva on collecting Sati’s corpse danced the dance of destruction. Lord Vishnu to avoid destruction, sent his Discus and made Sati’s body into pieces. The body parts fell across Indian Sub-continent which emerged as Shakti Peetas. It is believed that Sati’s heart fell here.Morning Darshan Hours: 8:00 am – 11:30 pm
Afternoon Hours: 12:30 pm – 4:30 pm