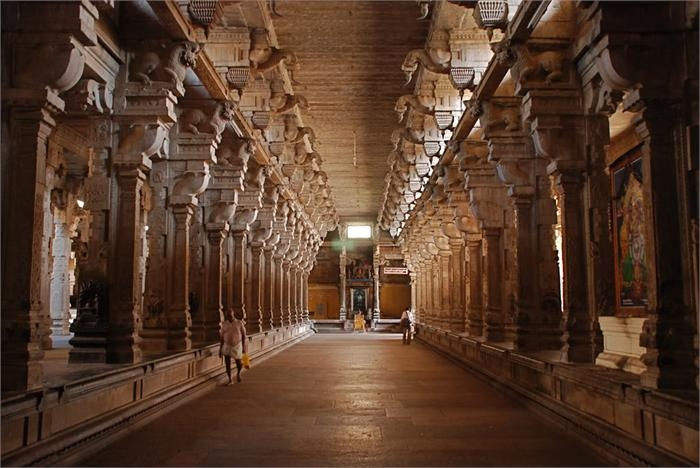 Jambukeshwara History, Timings
As per the folklore, Goddess Parvati made Siva Linga out of the River Cauvery water and installed under Venn Naaval tree in the Jambu forest. Goddess Parvati performed strict penance and performed strict penance. Impressed Lord Siva appeared before her and did Upadesa (Siva Gnana). The Linga here called by Appu Lingam. Goddess Parvati received the Gyan facing East while Lord Siva offered Gyan facing West. Hence the Temple in Thiruvanaikoil was facing West.
Goddes Parvati here called by Akhilandeswari while Lord Siva by Jambukeshwara. The temple priest performs Pooja for the Lord Siva in a female attire. Thiru Kalyanam will not be performed here as Goddess appeared here in the form of a student while Lord Siva as Guru.