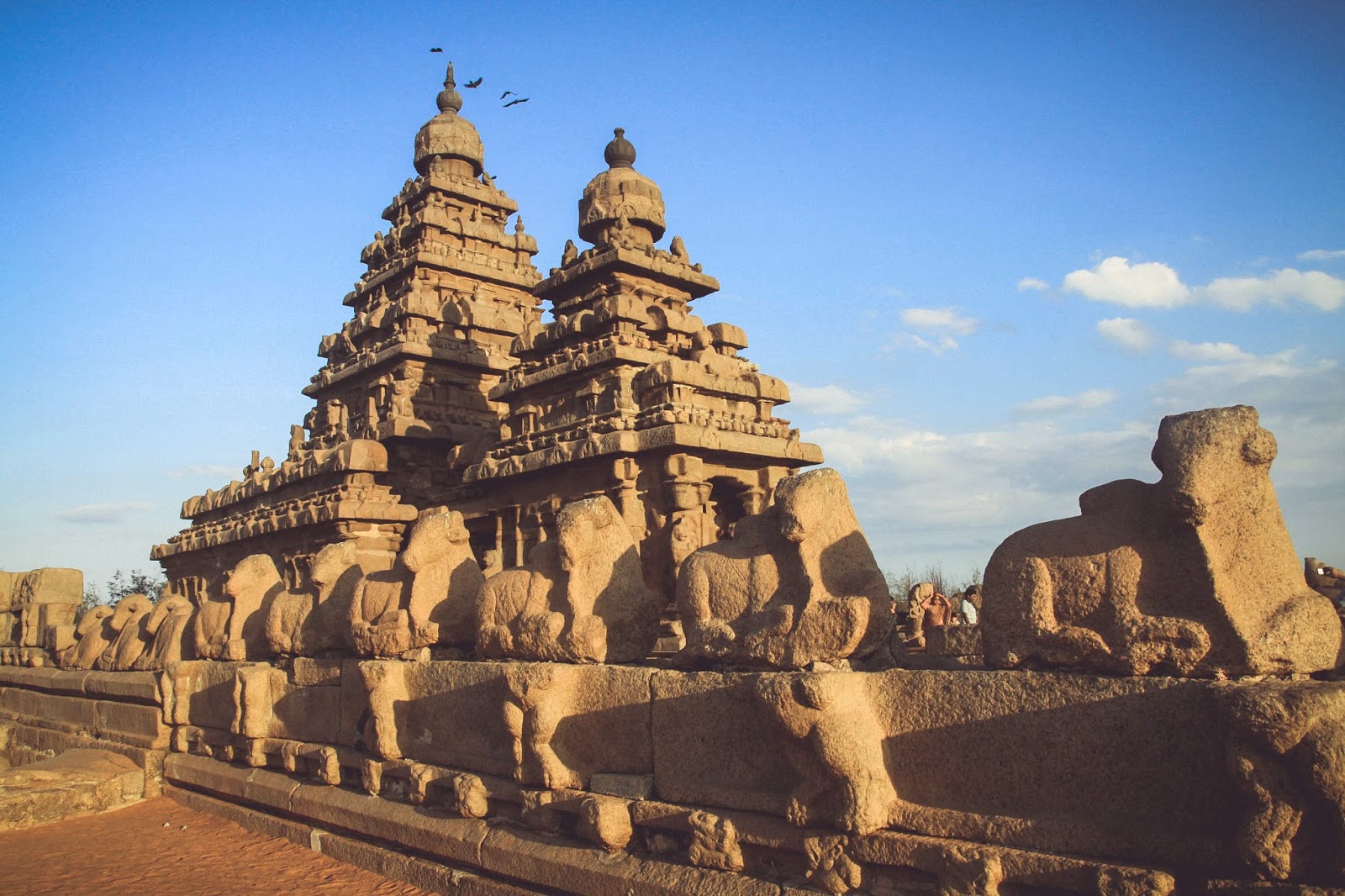 This place must have been built between the 2nd and 5th Centuries AD. Cholas made Kancheepuram as the Capital in 5th Century and ruled the region. Elanthirayan, the Chola prince, who sailed from Manipallava, an island off Ceylon, had Kanchi as his capital. While sailing in the ship, it was wrecked on the high seas and he reached the shore by swimming and came to Kanchi. The shore which he reached the shore by swimming perhaps named Kadamallai. He had developed into a big port. It flourished so till the 7th and 8th centuries. Thereafter the sea might have swept on the lands and many parts might have been swept off. Temples might have gone into sea sometime between 1070-1117 AD.
Siva Temple on the shore was built in the 7th Century. It is only during Pallava period that hills were cut out, rocks were carved in and monoliths were heaped in artistic shapes. An Inscription says that the temple was called “Kshatriya Simha Pallaveswaram”. Rajasimha Pallaveswaram temple was built by Rajasimha Pallava during 690-710 AD.