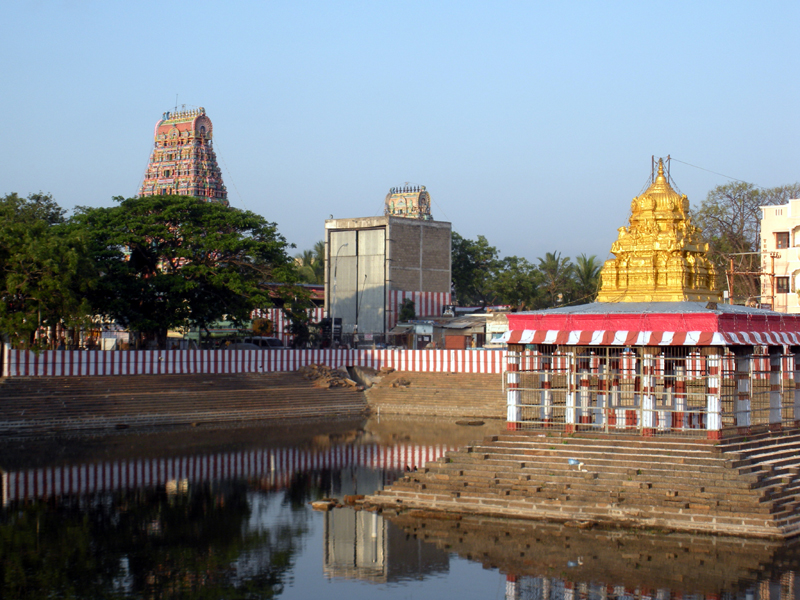 As per the Legends, Valmiki, the Author of The Ramayana in Sanskrit attained Salvation here after worshipping Lord Tyagaraja. Valmiki who longed to give up the mortal coils approached Sage Markandeya, who told him of the glories of Siva and asked to go around the world. Valmiki was told that he will worship Siva in the place where he hears the sound “Asariri” which means “I am here”. While wandering in the forests, Valmiki is said to have heard the words in this place. Valmiki worshipped Lord Siva here and attained salvation, hence the name Vanmiyur. Siva granted his boon that the place should be called after his devotee. It was on the full moon day in the month of Panguni, the boon was granted.
The Lord is said to have derived the name from having blessed Sage Agasthya with a knowledge of all herbs and plants for medical purpose. Sage Agasthya is said to have had the vision of Lord Siva and Goddess Parvati in Kalyana Utsavam (in marriage) here. The deity is called Palvanna Nathar, which was derived from the Purana that Kamadhenu , the heavenly cow cursed by Sage Vasishta was relieved of her sins by dripping milk on the Linga. While Kamadhenu was dripping milk on the Linga, a lion came in the form of a cow to attack Kamadhenu. When the latter fought with the Lion in disguise, its hoofs are said to have struck on the Linga and the scars of the smitten Linga are said to be found even today.