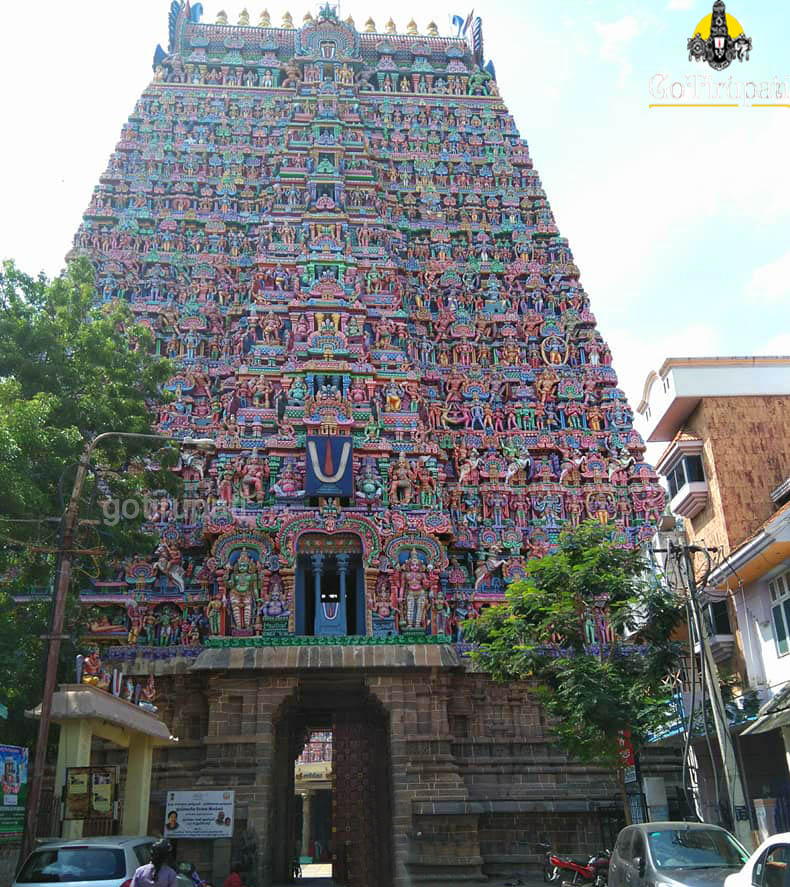 Sarangapani Temple History, Timings, Route info
As per the Legend, Sage Brigu thought of testing Trinity to offer Havissu. Brigu Visited Satya Loka and cursed Lord Brahma as Lord Brahma paid no attention towards the Sage. Sage Brigu Cursed Lord Siva that he is worshipped in Linga form only as his entry was restricted. Sage Brigu kicked Lord Vishnu on His Right chest in anger as Lord Vishnu unnoticed the Sage. Brigu said that his motive is to Right among the Trinity for his offering. Brigu realized and pleaded Goddess for the mistake. Sage requested Goddess Lakshmi that she should be born as his daughter. Mother Lakshmi happily accepted the request and advised him to perform penance. Sage did penance in Kumbakonam on the banks of Hema Pushkarini. Sage found the Goddess in a Lotus in the Pushkarini and named her as Komalavalli. It is said that Lord Vishnu descended to the earth in a chariot to marry Goddess Lakshmi, the Goddess of Wealth. As Lord Carried Bow when came for the Goddess, Hence the name Sarangapani.