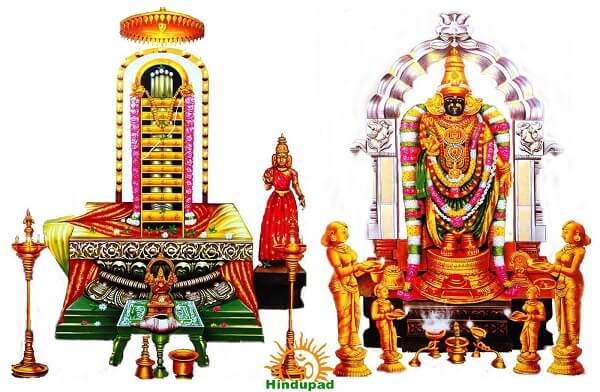 Srikalahasti Temple is located in the bustling town of Srikalahasti which is famous for being the Srikalahasti Mandal Headquarter in Tirupati Revenue Division. It lies in the Chittoor district in the south-eastern state of Andhra Pradesh, India. Srikalahasti is often referred to as the holy city of south-east India as it is famous for the Srikalahasti Temple which is devoted to Lord Shiva and is of immense religious importance for Hindus. Devotees of Lord Shiva from all over the world visit the temple to offer their prayers and seek blessings. Srikalahasti, thus, is a well-known tourist destination in India. The elaborate structure of the temple complex is a breathtaking view right from the entrance and has intricate carvings of numerous mythological illustrations that one can explore in the divine surroundings. 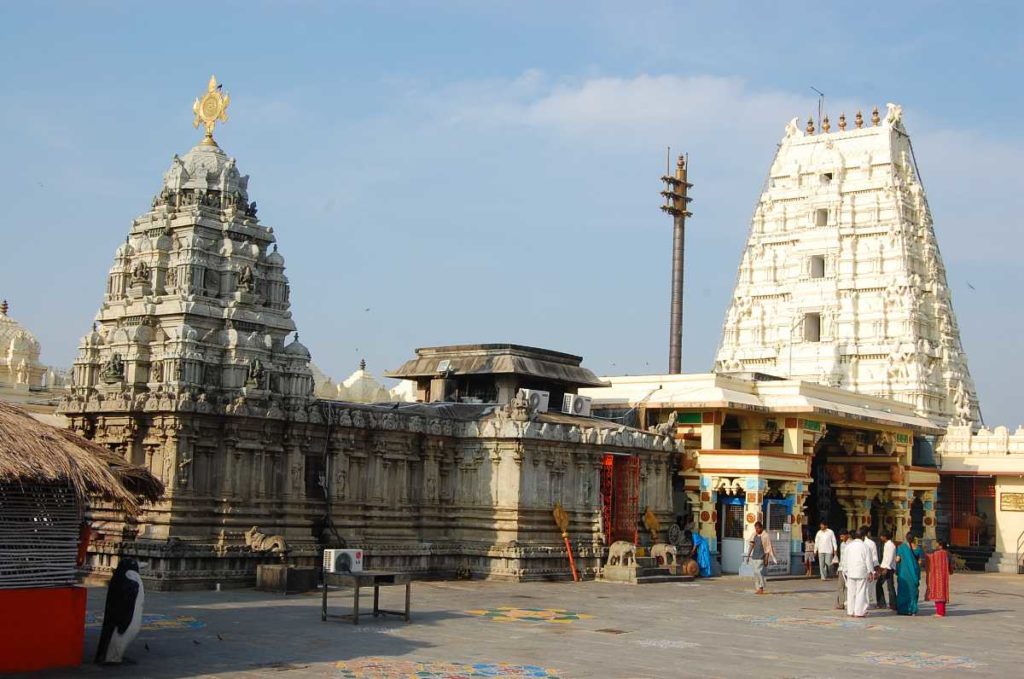 The beautiful Srikalahasti Temple was built during the ancient Pallava period. It is believed that people who are troubled by various Doshas can get their Shanti done in this temple and get relieved of these doshas. The temple represents one of the five elements (Pancha Bhoota), the Air or Vayu. The place has an abundance of vibrant, divine aura and has the potential to draw visitors with its ornate shrines and mesmerising beauty.

Srikalahasti is an excellent example of south Indian architecture where highly ornamented gopurams with expansive intricately carved interiors unfold the magnificent treasures of the Dravidian style of architecture. Believers think of this temple as the one with immense divine powerful to wash off all sins of the past and present lives.

The name Srikalahasti was derived from a myth that stated that a Spider (Sri), a Snake (Kala) and an Elephant (Hasti) worshipped Lord Shiva in the town to attain Moksha. The core of this mythology was considered as a sign by many religious believers and hence, in the 5th Century during the Pallava period, the Srikalahasti Temple was built. 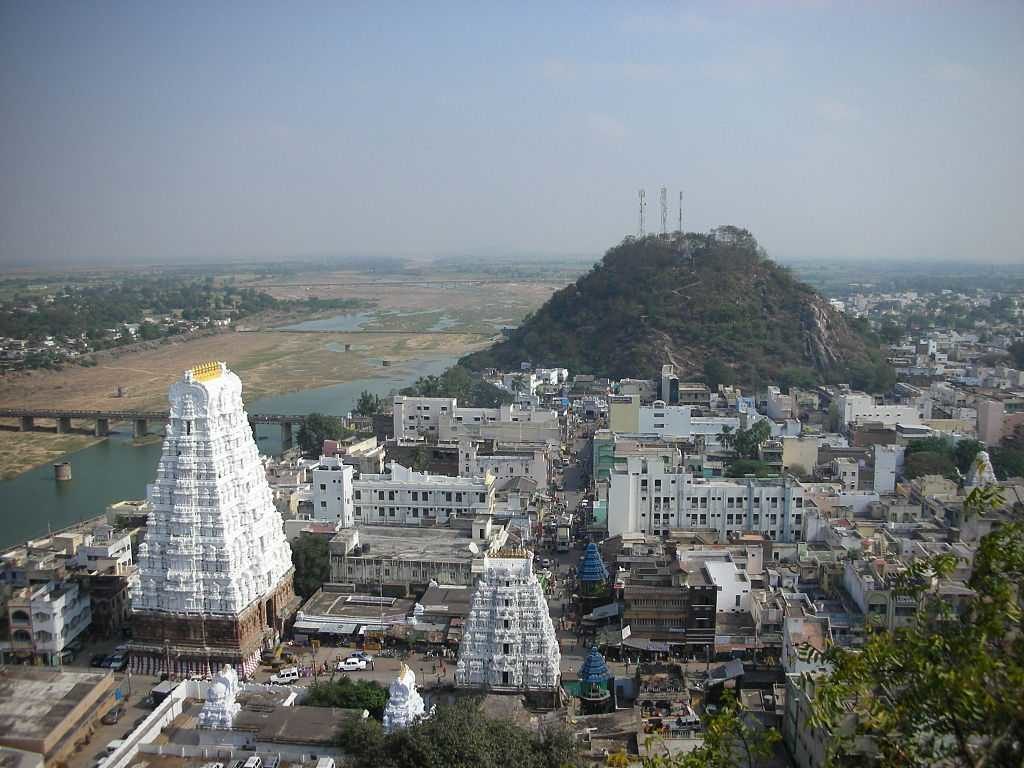 Further expansion of the temple complex, renovations and some latest structures were built during the reign of the Chola Kingdom during the 11th Century and Vijayanagara Dynasty during the 16th Century. The works of a Tamil Poet, Nakkeerar, have references to the temple proving its existence during the Tamil Sangam Dynasty. Nakkeerar and another famous Telugu Poet, Dhoorjati, wrote numerous stanzas in praise of Srikalahasteeswara.

The most famous legend states that during the initial phases of the creation of the world, Lord Vayu performed penance to please Karpoora Lingam for thousands of years. Lord Shiva, delighted with Lord Vayu’s devotion, granted him three boons. Lord Vayu thus asked for him to grant him worldwide presence, to be an essential part of every living being on the planet and to be given the permission to rename the Karpoora Ligam as Samba Siva. These three requests were granted by Lord Shiva, and Vayu (pranvayu or air) has ever since been an integral part of life on earth and the lingam was worshipped as Samba Siva or the Karpoora Vayu Lingam. 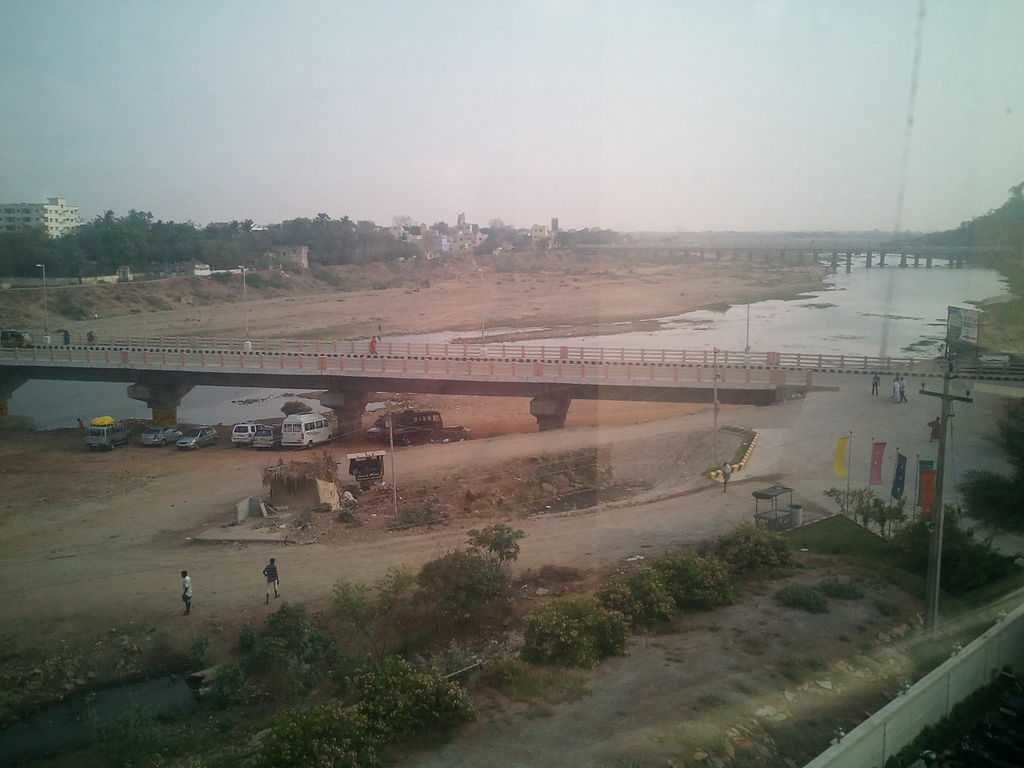 Another legend states that Goddess Parvati was once cursed by Lord Shiva and was made to abandon her divine avatar and take the form of an ordinary human. Goddess Parvati performed penance for several years at Srikalahasti to liberate herself from the curse. Lord Shiva was immensely pleased with her devotion and dedication, and he recreated Parvati in a heavenly avatar which is known as Gnana Prasunambika Devi or Shiva-Gnanam Gnana Prasunamba.

According to another legend, Kannappa who was one of the 63 Saivite Saints who devoted all their lives to Lord Shiva. Kannappa willingly wanted to offer his eyes to cover the blood flowing from Lord Shiva’s lingam. When Lord Shiva got to know about this, he stopped the saint and granted his release from the endless cycle of birth and death. Some say Ghanakala was cursed to take the form of a ghostly spirit. He offered his prayers to Srikalahasti for 15 years and chanted the Bhairava Mantra to please Lord Shiva. When Lord Shiva was pleased with Ghanakala’s devotion, he restored her to her previous form.

The Srikalahasti Temple is a beautiful illustration of the Dravidian Style of architecture that was built during the Pallava period in the 5th Century. The temple complex is located at the base of a hill. Some even believe it is a monolithic structure. The grand temple complex has its entrance facing the south, while the main shrine faces the west. The white stone Shiva Lingam inside this shrine resembles the shape of an elephant’s trunk. The main gopuram of the temple is about 120 feet high.

The mandap in the temple complex has 100 intricately carved pillars that were built during the reign of a Vijayanagara King, Krishnadevraya, in 1516. The shrine of Lord Ganesh in the complex is a 9 feet tall rock-cut shrine. It also houses shrines for Jnanaprasanammba, Kasi Viswanatha, Suryanarayan, Subramanya, Annapurna and Sadyoganapathi that are adorned with images of Ganapati, Mahalakshmi Ganapathi, Vallabha Ganapati and Sahasra Lingeswara. The temple area also has two more mandaps, the Sadyogi Mandap, the Jalkoti Mandap and two water bodies Chandra Pushkarani and Surya Pushkarani.

The best time to visit Srikalahasti Temple is between November and February, during winters as the weather is pleasant to explore the location.

1. Do not purchase pooja materials from the stalls outside the temple. You are given all the materials that are needed for the pooja Along with INR 1000 ticket. This ticket also entitles you to an exclusive darshan (glimpse) and archana (special pooja) of the main deities within the temple.
2. Don’t forget to see the Pathala Ganapathi underground temple located in the temple complex.
3. Take care if you are in the main sanctum of the temple where the deity is as it is dark and full of roaches. Priests demand money for every statue or thing they show.
4. Certain Dosha Poojas could have a dress code; please check at the ticket counter in advance. These Poojas are also instructed in Tamil, Telugu and English.
5. For darshan, ensure you wear conservative clothing.

How to Reach Srikalahasti Temple